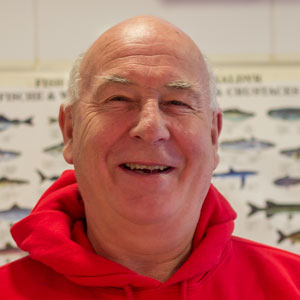 Jim Partridge: In 1957, as a young lad, Jim learnt to fish on Shoreham Beach. He was soon found to be selling his “Catch of the Day” from his bicycle basket. Jim established Monteum in 1974, and for a few years we operated from the back of his small house on Shoreham Beach. In 1983 Jim bought the quayside at Fisherman’s Wharf and gave Monteum a new home (and his family back theirs). Jim is an active committee member of Sussex Inshore Fisheries and Conservation Authority (IFCA) as well as the Shellfish Association of Great Britain Crustacean committee. 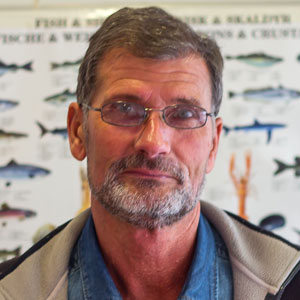 Pete Huxtable joined forces with Jim Partridge in 1981 creating a dynamic duo and forming the backbone that has remained Monteum to this day. Pete runs pretty much everything. Back in 2005 Pete was awarded an MBE by HRH Her Majesty The Queen for his work and devotion to the RNLI and Shoreham Lifeboat. We could not be prouder to have him dominating our helm. 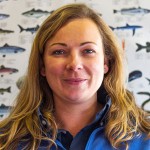 Alex Partridge, Jim’s youngest daughter joined the team in 2012 after becoming a parent herself. Steadily learning the ropes she can be found working in the office or being hands on in La Poissonnerie. 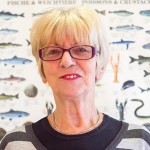 Yvonne, Yvonne joined Monteum in 2014 taking care of our accounts. She has a wealth of experience and brings a much needed feminine touch to our office. 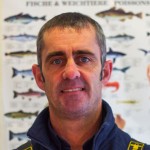 Lynton is a full time Fishmonger and joint Manager. He started his career as a butcher but joined forces with Monteum in 1994 and is now one of our most skilled Fishmongers. Watching him is an art form. In his spare time Lynton is a photographer and has kindly taken the majority of the photographs on this website. 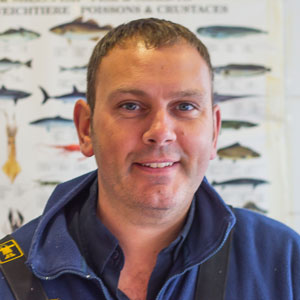 Paul is a full time Fishmonger and joint Manager. He also started his career as a butcher but moved over to fish when he commenced with Monteum back in 1999. Paul keeps us nicely in line. 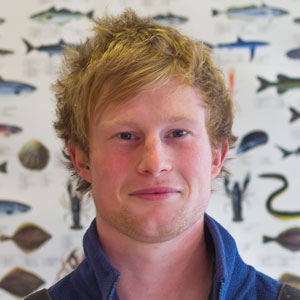 Chris works part time as a Fishmonger and the remainder of his time crewing on the Royal Rebel. He is also an integral member of the RNLI and Shoreham Lifeboat. The son of a fisherman, he has been working at Monteum since starting as Saturday staff back in January 2007. A keen and skilled young Fishmonger who like most of us have fishing running through our veins. 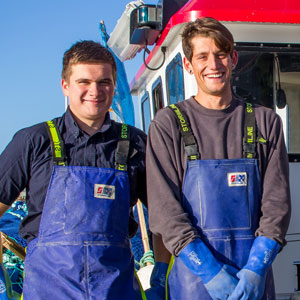 Jordan works part time crewing on the Royal Rebel and also as a Fishmonger. He has been working at Monteum since starting as Saturday staff in 2008.

Kyle, the youngest member of our team, works full time as crew on the Royal Rebel. The son of a fisherman, he has been working at Monteum since starting as Saturday staff in 2009.